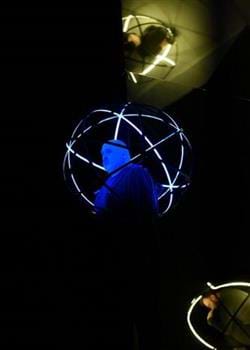 Hippolyte et Aricie may have turned Rameau into the toast of Paris when it first appeared in 1733, but it would have to wait almost another three centuries before making its big splash in Berlin. The new production at the Staatsoper – presented in its third version of 1757 as the centrepiece of this year’s Barocktage – was nothing if not dazzling: there were enough reflective surfaces, psychedelic lighting effects and smoke-machine fog-banks to give any self-respecting stadium-rock band a run for its money. If the blinding lights couldn’t quite illuminate the tragic essence of the story, the staging worked more often than not as a musical and visual spectacle, with Rameau’s lively, intricate score and the meticulously-constructed stage images coalescing into a prismatic, occasionally hypnotic whole.

Admittedly the text of the opera does not present an especially convincing tragedy. Although based on Racine’s Phèdre, arguably one of theatre’s greatest tragic works, Simon-Joseph Pellegrin’s libretto ventures even further from its source than Racine did from Euripides. Theseus’ journey to the underworld, some twenty lines of monologue in Racine, is expanded into an entire act, while the passion of Phaedra for Hippolytus is condensed into a single scene. A host of gods, Diana and Pluto among them, are introduced into what is otherwise a very human story, and the final act, in which Diana restores the dead Hippolytus to the grieving Aricia, is the kind of deus ex machina ending that might have appealed to a mid-eighteenth-century audience but would certainly have caused Aristotle to frown with displeasure.

These flaws were often compounded by director Aletta Collins’ apparent indifference to character. Ms Collins approached the work first and foremost as a choreographer, rendering dramatic action subservient to physical movement. The extended accompanied recitatives were often carelessly handled, allowing the political and familial crises of the story to go largely unnoticed: the passion of Hippolyte for Aricie was underdeveloped and Phèdre’s illicit desire for her step-son was unconvincing. At its worst, the staging was merely awkward: Phèdre’s contorted lurching in the third act barely even conveyed cartoon anguish. Even some of the big dance sequences seemed oddly flat when measured against the rhythmic vivacity of Rameau’s music. Yet there were a handful of moments, most notably in the first and fifth acts, when the deliberate, almost ritualistic movement of the figures on stage achieved a state of dreamy elegance. 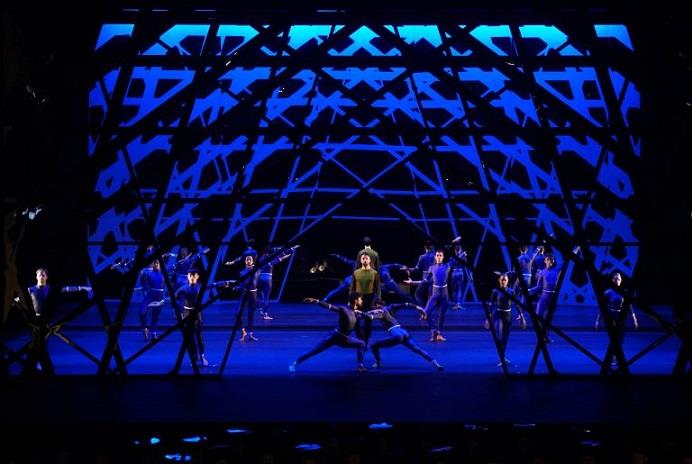 Much of the evening’s aesthetic appeal came from visual artist Ólafur Elíasson, who was responsible for the sets, costumes and lighting concept. The three were, in fact, inseparable. Mr Elíasson’s penchant for reflective surfaces and stage compositions fashioned from sharp, clearly defined beams of light was, by turns, seizure-inducing and awe-inspiring. One could be forgiven for thinking that the first act had been directed by a sentient disco-ball: the choir wore all black, but with mirrored headgear that interrupted and redirected the beams of light that defined the space of the stage; Diana appeared with hand-mirrors and a large parabolic reflector – kind of a shiny metal umbrella – attached to her back; and Phèdre’s dress, made entirely of small triangular mirrors was responsible for one of the evening’s most arresting images: when struck by a spotlight, it shot innumerable shafts of intense light back into the auditorium.

The extremes of lighting were occasionally ridiculous and the production’s excessive reliance on smoke machines was almost comical – there was even one set up at the back of the auditorium, lest any path of light go unnoticed – but the results often transcended their own gimmickry to yield genuinely stunning images. Mr Elíasson created a distinctive visual identity for each act. In the underworld of the second the principal characters wore spherical constructions of illuminated neon-coloured tubes; the palace of Theseus in the third was a thorny arch of intersecting lines made entirely of mirrors; and the dangerous presence of Neptune in the fourth was suggested by video projections of rippling water. The fifth act, perhaps the most minimal, was also the most beautiful: an abundance of smoke and flat beams of light projected at waist height across the stage suggested an oceanic void through which all characters were forced to wade. When Mr Elíasson’s abstract light constructions and Ms Collins’ highly considered approach to physical movement locked together – as they did throughout the final scenes – the production could be mesmerising. 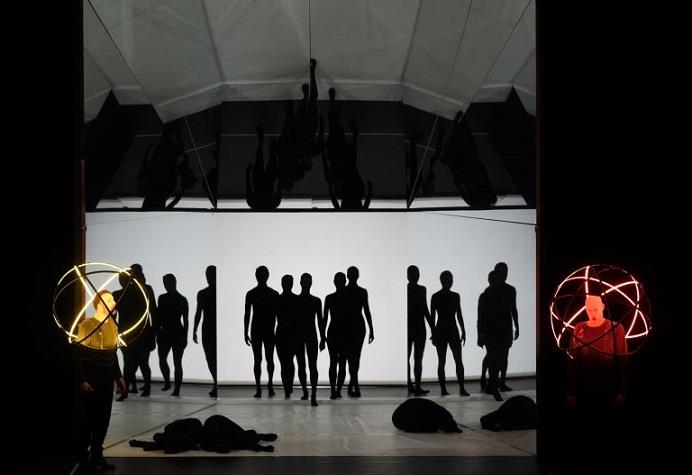 The auditorium of the Staatsoper was not always as friendly to the musicians. Knobelsdorff’s original building (from 1742) may have been constructed in the age of Rameau, but its most recent refurbishment was undertaken with the orchestral forces of Wagner and Strauss in mind. The refined musicianship of the Freiburger Barockorchester demanded a far more intimate space, and some of the singers struggled to send Rameau’s delicate lines beyond the orchestra pit. Among the principals, Magdalena Kožená’s appearances as Phèdre were vocally strong despite the histrionic mannerisms demanded by the staging; her aria at the beginning of the third act (‘Cruelle mère des amours’, imported from the 1733 version) was an obvious highlight, performed with pleasing simplicity and understated ornamentation. However, the production’s unwillingness to do much with the character of Aricie meant that Anna Prohaska, normally the most compelling actress on stage, was forced to spend most of her scenes moving slowly or standing still so her gold dress could reflect the light. One could nonetheless hear evidence of her melodic confidence in the two extended recitatives with Hippolyte, and marvel at her graceful tone in the elegantly sung Nightingale aria at the very end. As Diana, Elsa Dreisig’s lightness and crispness of tone was well suited to the character’s ethereal interludes and divine interventions. 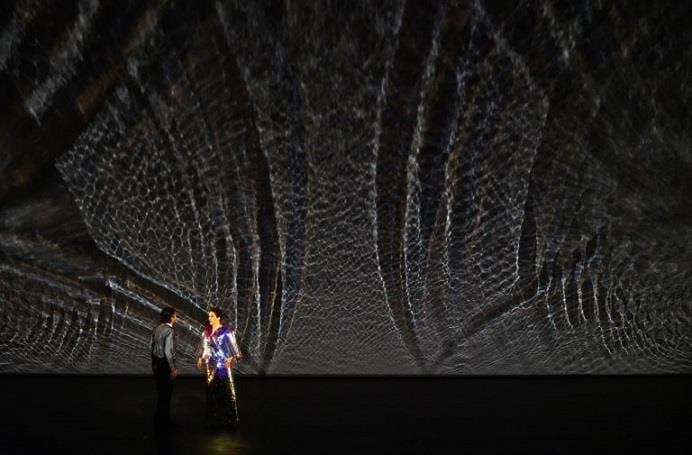 Gyula Orendt brought much needed passion to the figure of Thésée: his anger in the third act and his remonstrations with Tisiphone and Pluton in the second managed to break through the stasis of the production with genuine dramatic charge; and while Peter Rose was apparently suffering from ill health on the evening, his Pluton was nonetheless delivered with considerable authority. Reinoud van Mechelen’s high tenor, with its well-crafted upper notes, were ideal for Hippolyte even if the character seemed somewhat sidelined by the production; his best scene was with Phèdre in the third act where his noble intentions turned suddenly to horror.

Ultimately it was Rameau’s scenes and dances that provided the evening with its most consistent source of pleasure. Although Sir Simon Rattle had a museum’s worth of period instruments before him, there was nothing austere about the focussed sound he drew from the musicians of the Freiburger Barockorchester, nor anything overly mannered in the exuberant pacing and rhythmic vitality he brought to the opera’s succession of divertissements. The sequence of Airs and Rigaudons in praise of Neptune in the third act, and the Menuets of the hunters in the fourth were, on their own, far more dazzling than their accompanying dance sequences.

Hippolyte et Aricie may have its roots in classical tragedy, but with its dance numbers and happy ending, Rameau’s opera is far closer to a grand spectacle on a tragic theme than a unified work of musical drama. If the Staatsoper’s new production provided only a cursory survey of the story and its underlying emotions, Mr Elíasson’s occasionally transcendent constructions of light and darkness offered a compellingly modern take on the spectacular essence of tragédie lyrique. Popular tastes may have changed immeasurably since the eighteenth century, but the desire for stage magic has never disappeared.