Tannhäuser at the golf course 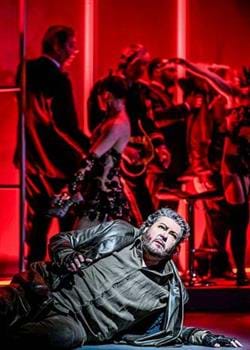 Tannhäuser is an opera built on binaries. The spirit and the flesh, chastity and promiscuity, community and isolation, even inward listening and visual excess: all of these are opposed in Wagner’s early work. In Harry Kupfer’s 2011 production for Zürich opera, the director adds another pair to the mix: strip bars and golf.

Kupfer’s fifth attempt at the work offers an explicitly contemporary interpretation, with the action relocated to the affluent West. The staging thus contrasts the world of Venusberg – a gaudy, red bordello with gyrating clients – against the bourgeois environment of Wartburg, where the male characters play golf and Elisabeth takes piano lessons.

Tannhäuser’s mid-life crisis involves a passion for electric guitars (a nod perhaps to Wagner’s influence on heavy metal?), and the singing competition appears to take place in a television talent show.

For the climactic return from Rome, strobe lighting dazzled the audience and Venus emerged from Tannhäuser’s psyche, as if the hero were worn out from an unsuccessful detox. Overall, the concept worked well and added some welcome irony to Tannhäuser’s moralising framework. 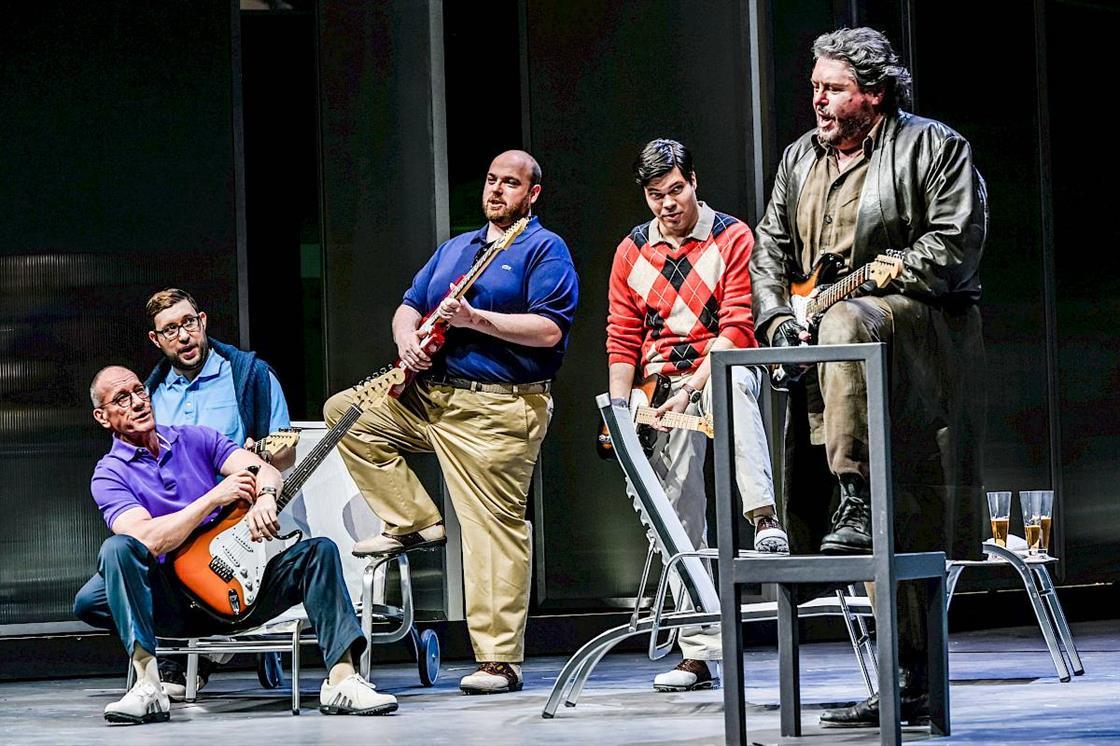 This opera, one was at times reminded, is one of Wagner’s patchiest works, and it urgently needs the help of a director who can drive the action forward and make its dilemmas meaningful today. In the final bars, however, old-fashioned religious symbolism was allowed to re-enter for the laurel scene; Elisabeth might have been waiting in a modern train station, but the nineteenth-century sublime still crept in through the back door. 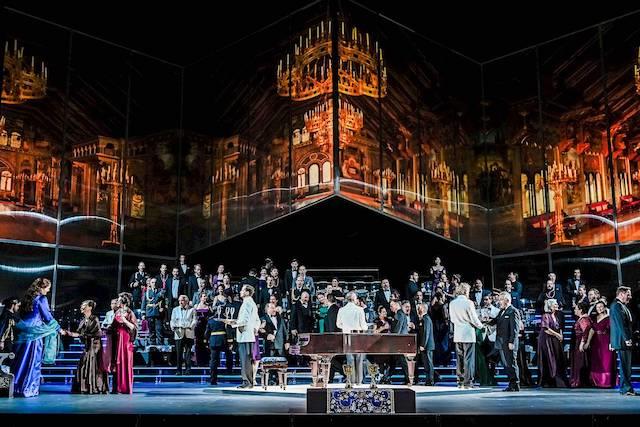 Wagner’s rather unconvincing portrayal of sexual passion in the opening scenes wasn’t helped here by Axel Kober’s conducting. The overture was frustratingly plodding and four-square, and the orchestra suffered some coordination problems early on. Things improved by the second act, and Zürich’s fine chorus made the most of their opportunities in the singing contest. The final act showed the orchestra at their considerable best, with the brass warmed up and the string sound finally glowing. 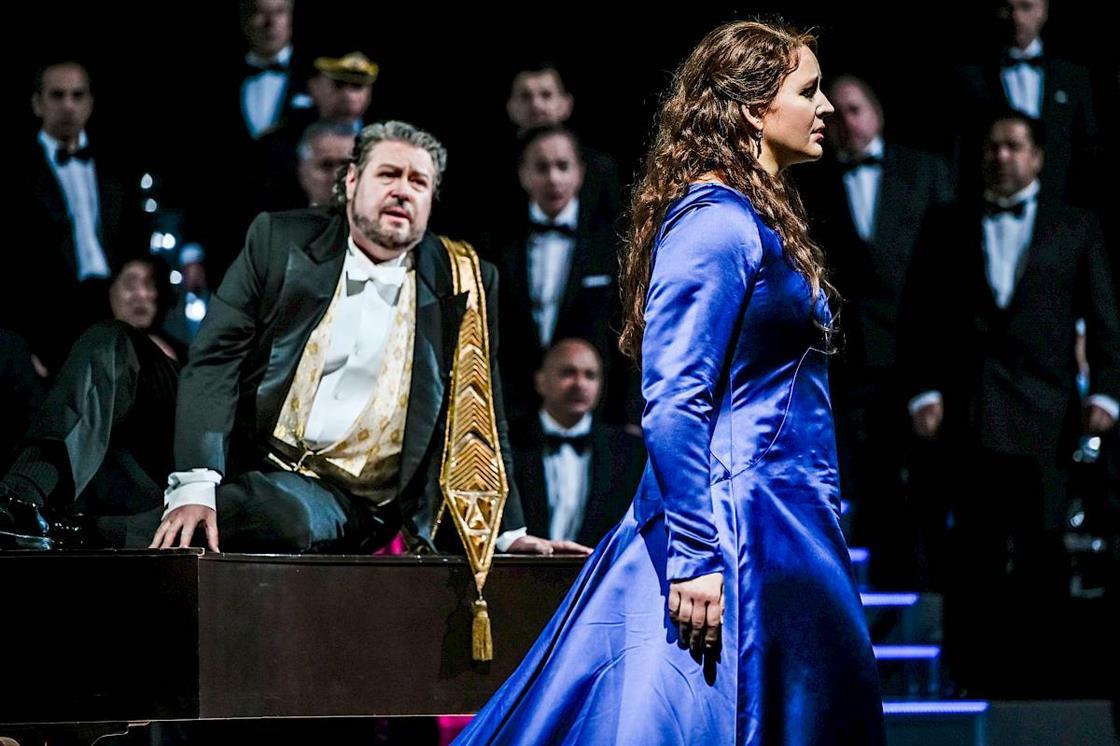 On this occasion, Zürich offered a pair of principals who will soon reprise their roles at Bayreuth. It was obvious why. This performance marked Stephen Gould’s 100th presentation as Tannhäuser (as mentioned in an admirable speech by the intendant after the show) and he offered a well-paced and musicianly account of the treacherous role. Some of Gould’s high notes were gloriously ringing, secure and in-tune; some of them were not. But he managed to convey a convincing sense of Tannhäuser’s personal conflict, sang with gusto in the duets, and found an ashen, mournful tone for much of the Rome narrative. All told, there is probably not a better Tannhäuser around today, and he was rewarded with a strong and well-deserved ovation from the audience.

Even more enthusiasm was directed at Lise Davidsen, who delivered a vocally sumptuous and deeply-felt portrayal of Elisabeth. Her rich, organ-like middle register and blazing top were superbly on display in the singing contest, and she shaped a touching and vocally impeccable prayer in the third act. At times I craved even more engagement with the text as well as greater urgency in the line, in addition to her already affecting vocal expression. But there is no doubt that Davidsen is a major singer and perhaps heading (one only hopes) for even greater things. Hearing her in Zürich’s tiny theatre was a force to be reckoned with.

Michael Nagy stepped in for Stephan Genz as Wolfram at this performance. His singing sounded promising if bumpy, the registers not always smoothly integrated and with some momentary glitches. ‘O du mein holder Abendstern’ was delivered with intensity, however, and suggested more refined singing under kinder circumstances. 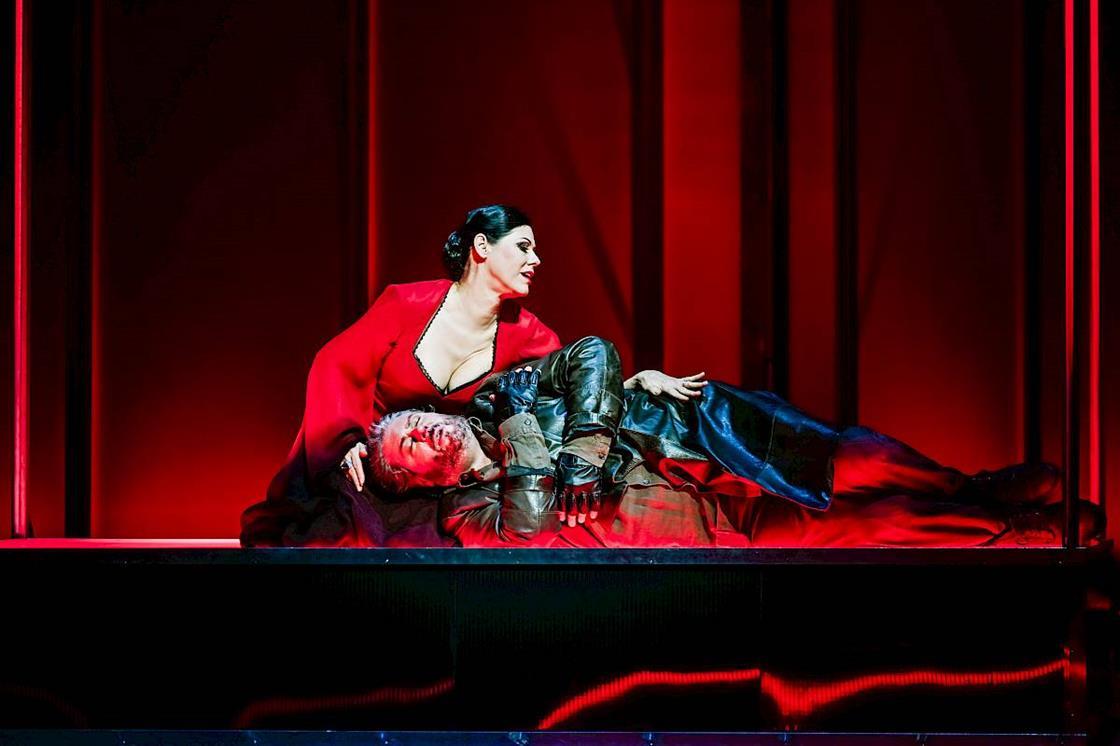 Tanja Ariane Baumgartner was a very fine Venus, singing with true legato and a strong sense of line, but also with plenty of fire for the climaxes, crowned with a piercing top register. Even more vocal abandon would push her portrayal into the first class, but there was already much to enjoy in her house and role debut.

Minor roles were generally well taken – especially Mika Kares as Hermann – with the shepherd sensibly performed by a female soprano than a boy treble, and the many male parts delivered with care. 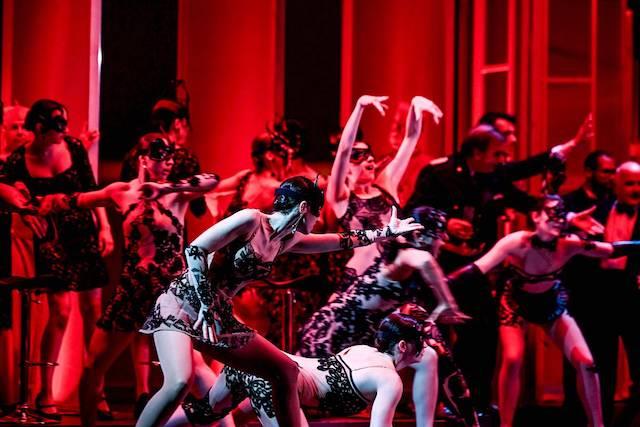 A special nod should go to the dancers, who coped well with Kupfer’s almost parodic vision of Venusberg and helped keep the (over-long) first act moving. With the dependable pleasures of Zürich’s gorgeous theatre, and a stunning Manon only two nights later, this weekend of performances reflected extremely well on Switzerland’s premiere opera house.