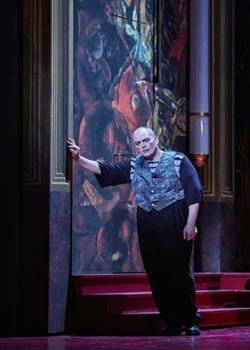 Since returning to their house on Unter den Linden, each of the Staatsoper’s new Verdi productions have been highlights of their respective seasons, often transcending the demand for reliable entertainment that one expects from such oft-performed works. If last year’s Macbeth, directed by Harry Kupfer, seemed a trifle mannered next to Mario Martone’s wonderful Falstaff – easily one of the finest new productions on any Berlin stage in the past five years – both benefitted from exceptional casting and remarkable orchestral playing. To that growing list we may cautiously add Rigoletto, the Staatsoper’s final new offering of the season. While Bartlett Sher’s visually attractive staging took a conservative approach to the story, strong performances from Christopher Maltman and Nadine Sierra, and elegant musical direction from Andrés Orozco-Estrada gave the evening a generally positive spin.

Mr Sher’s staging, a co-production with the Met, was a work of subtlety and understatement, a thoughtful, well-crafted rendering that nonetheless took few conceptual risks and revealed remarkably little in the way of directorial personality. This is not to say it was lacking in visual style. The ducal palace with its art-deco columns and wall frescoes borrowed from Berlin painter George Grosz created a suitably oppressive atmosphere of reds and blacks, and the elegant costumes – full military dress for the Duke, lavish gowns for the ladies of the court, and an all-black ensemble with top-hat and stick for Rigoletto – drew attention to the evening’s high production values.

Yet the conspicuous surface gloss was largely irrelevant to the staging, which seemed content to take the words and actions in Piave’s libretto entirely at face value. Mr Sher obviously had a firm grasp not merely on the larger arc of the story but on the potential within each scene; passages that can seem unnaturally busy or muddled in other productions – the exposition-heavy opening ball, Rigoletto’s confrontation of the courtiers, or the scenes in Sparafucile’s tavern – unfolded with assurance and clarity. The actions and interactions of characters were invariably understated but lucidly defined, even if the mysteries of the libretto – why does Rigoletto think he might need an assassin even from the beginning? why does Gilda sacrifice herself to save the Duke? – were presented largely without comment or justification. 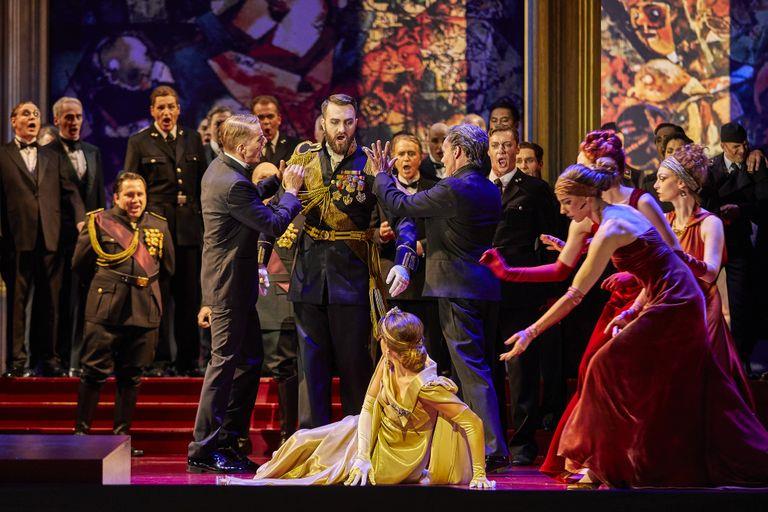 Yet when it was over, one was left with little more than the sense of having revisited a familiar work, wholly untroubled by new perspectives or revelations. If Mr Sher had discovered anything unexpected while preparing his production, he decided to keep it to himself. In the course of the evening there were a handful of intriguing moments when it almost seemed that the staging would free itself from its own meticulous logic and go in an unforeseen direction. Gilda’s death, especially, came very close to ditching dogmatic formality in favour of emotional stylisation. But such flickers of intrigue were extinguished almost as soon as they appeared. In such a well-considered production there was little room for surprise.

One may have left the theatre without a greatly enhanced understanding of the opera, but it would have been difficult not to be impressed by the central performance of Christopher Maltman. In clarity, authority and projection he was unequalled, cutting decisively through the orchestra but placing his undoubted power in the service of great emotional complexity. His duet with Sparafucile in the first act was haunted as much by the acceptance of murder as by Monterone’s curse, and that gloomy sensibility carried over to a wonderful duet with Gilda in which flashes of hope were eclipsed almost immediately by shame and paranoia. It was, at heart, a dramatic performance and the least convincing moments were those in which he strained too hard to mould his detailed examinations of character to Verdi’s signature lilt. In the opening of his second act confrontation of the courtiers he seemed burdened by the slow pace of the music, yet the anguished cries of ‘Pietà signori’ that concluded the scene were delivered with profound eloquence. 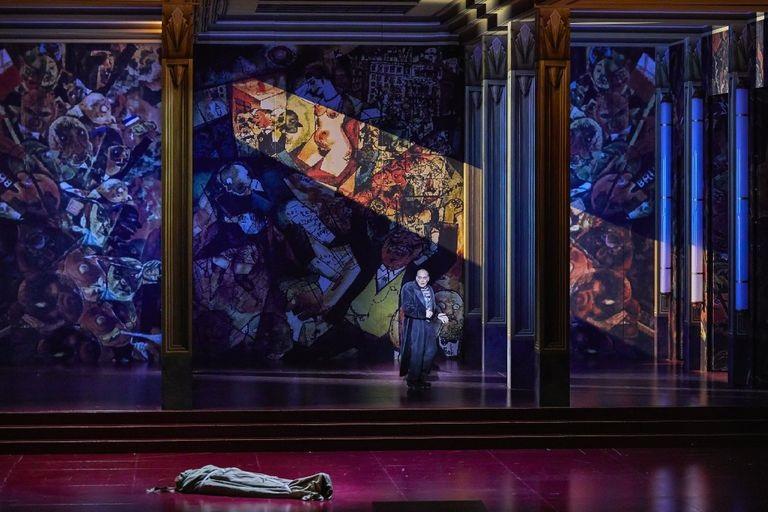 If none of the other singers managed quite the same levels of sustained intensity, Nadine Sierra’s appealing Gilda integrated passages of dazzling technical command into a performance of remarkable assurance. She seemed most natural in her two first act duets, which found a pleasing balance of tone, phrasing and action. In ‘Caro nome’ the ease of performance was slightly eclipsed by conspicuousness of technique, but the execution itself was brilliant; in the midst of a compelling dramatic performance, the aria served as an equally compelling display of vocal poise. Michael Fabiano’s Duke seemed somewhat reserved despite an undoubted capacity for large, clearly projected high notes. ‘Questa o quella’ had a certain stiffness in the delivery, although the duet with Gilda was rarely lacking in conventional beauty. The solo scene at the beginning of the second act also had nice moments, although there were touches of strain near the end. Elena Maximova’s dark-toned Maddalena rounded out the quartet for ‘Bella figlia dell’amore’, performed on this evening with considerable verve. 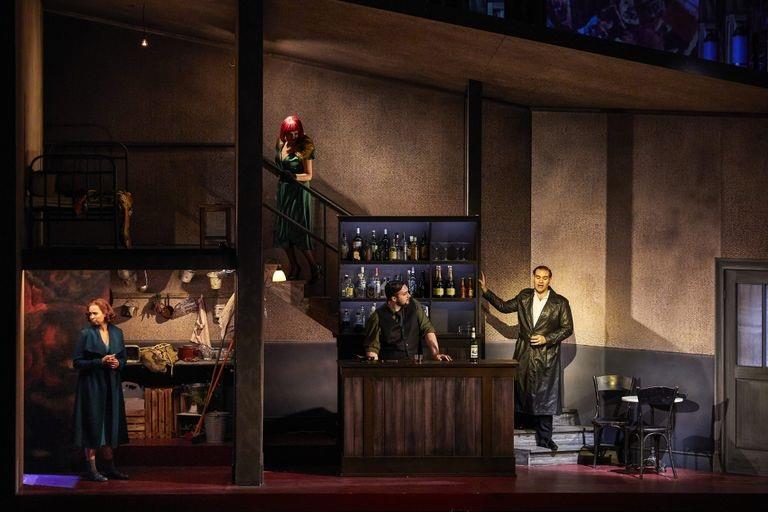 Conductor Andrés Orozco-Estrada rarely drew attention to the orchestra with flashy gestures or interpretive liberties, yet his impeccable dynamic control and judicious pacing were among the evening’s greatest strengths; while he was careful never to overwhelm the singers, the climactic moments were rarely short-changed. The prelude simmered, fired by nicely rounded brass and a sense of inevitable doom, and the opening scene switched attention from character to character with no loss of focus. Even more impressive was the string of duets that followed, all infused with their own particular mood – the foreboding of Rigoletto’s first meeting with Sparafucile was especially captivating – but equally possessed of dramatic urgency. The conclusion of the second act and the storm scene were both nicely rendered.

If the new production was flawed, its flaws were those of literal-mindedness and an excess of playing it safe; and while it may seem unfair to criticise a production for its extreme fidelity to the libretto, it should also be noted that Rigoletto is such a familiar work (and so frequently performed) that it requires a more defined directorial perspective if the tragedy has any hope of acquiring new resonance. Yet the delights of the new production were those of craftsmanship, performance, and the satisfaction that comes with seeing a familiar work deftly executed. With their new Rigoletto, the Staatsoper have a production that will continue to serve as an elegant frame in which singers can flourish.