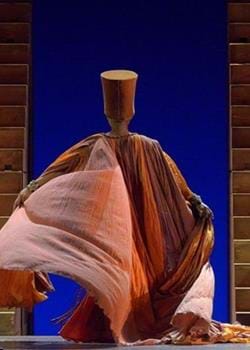 In an interview for the programme book of La Fenice’s revival of Aida, conductor Riccardo Frizza emphasised the intimacy of Verdi’s opera, in contrast to the bombast associated with performances at the Arena di Verona or New York’s Metropolitan Opera. Italian theatres are small, he argued – an observation certainly true of La Fenice and the Cairo opera house, where Aida was given its world premiere (if perhaps less so of La Scala, where it had its Italian premiere). Frizza went on to describe the opera as a radical departure from Verdi’s earlier aesthetics, comparing the Egyptian music even to compositions from the late twentieth century.

That was how his interpretation sounded. In the Act Two triumphal scene, Frizza wasn’t afraid of making the orchestra roar, and the effect was thrilling in this small space. But we were also reminded that this is an episode of diegetic music, a noisy public intrusion into an otherwise intimate soundscape characterised by flutes, muted strings and floating voices. Textural clarity was the dominant feature of Frizza’s interpretation, bringing home the links between Aida and Verdi’s Messa da Requiem, and the extent to which each scene experiments with different musical forces. This was especially obvious in the third and fourth acts where the dramatic action is pushed forward, encouraging Verdi to explore a wide range of timbre. Best of all, though, was the opening of Act Two: the offstage priestess – excellently sung by Rosanna Lo Greco – was superbly balanced with the orchestra, allowing the scene between Aida and Amneris to simmer to the boil. 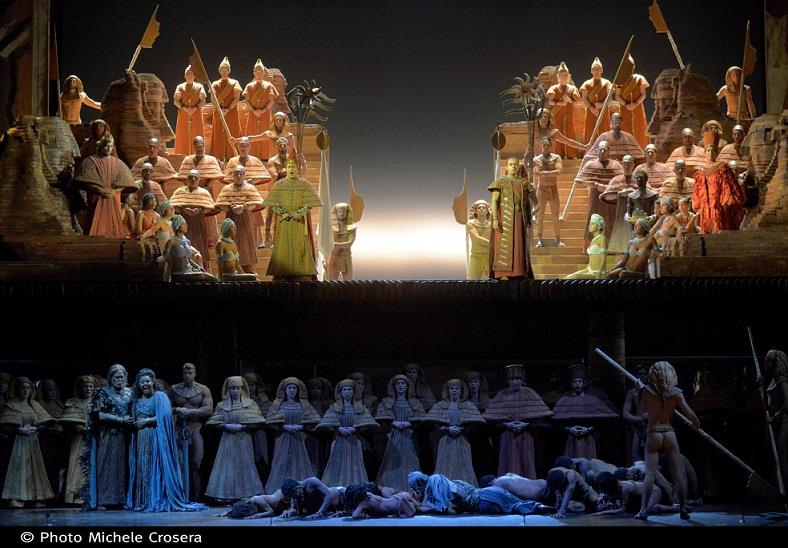 Frizza’s approach worked well with Mauro Bolognini’s visually old-fashioned but inventive production. Stone sphyinxs, blackface and blue robes all made their usual appearance, but terracotta colours helped to soften the glitz and the direction of the singers was excellent. The split stage – with a lower section for the Ethiopian slaves eventually being used for the final tomb scene – also offered a sensitive analogy for Verdi’s exploration of different acoustic spaces. This was especially obvious in the final scenes: Amneris’s lament still carried beautifully over the orchestra, but visually the focus was on the Liebestod below.

Vocally, this was a high-class affair. As Aida, Roberta Mantegna lacked the ultimate in vocal glamour, and could turn screechy at the top, but overall she offered an excellently characterised and tireless heroine. In the crowd scenes she carried easily over the chorus, but she made the most of the many opportunities for delicate singing, aided by some impressive breath control. “Ritorna vincitor!” was persuasively conflicted, and “O Patria mia” delivered with inward intensity; the final duet displayed a lightness in the high-lying writing that showed Mantegna at her best. 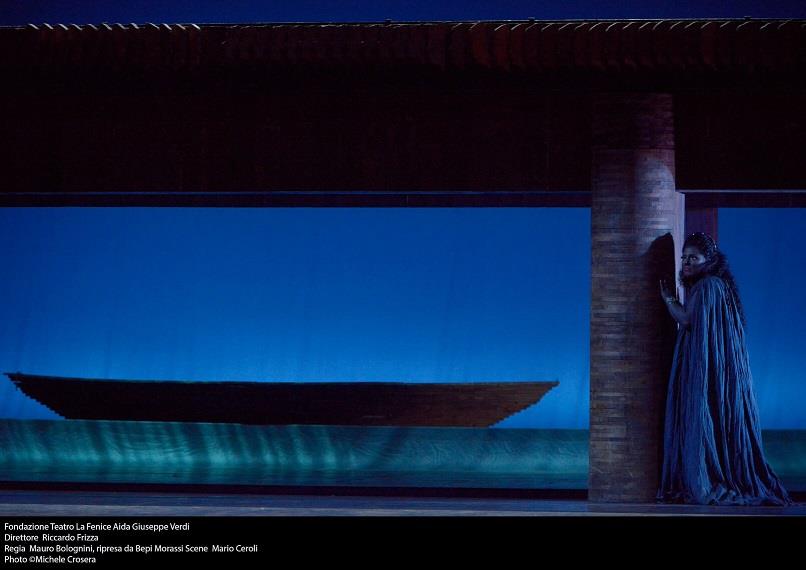 Alongside her, Francesco Meli was a secure if not always subtle Radamès. His tenor voice sounded huge in the theatre, and the basic timbre seems absolutely right in this role. At times, he also aimed for nuance, but efforts were inconsistent: “Celeste Aida” was sensitively built from a hushed, dreamy opening to a more impassioned reprise, but the final B flat was then blasted out in the style of a Mario del Monaco, with no attempt at sweetness. Still, he was exciting in the more dramatic moments, and coped well with the tricky phrases in the final duet. He might not be perfect, but it’s no wonder he is now the Radamès of choice for many A list theatres. 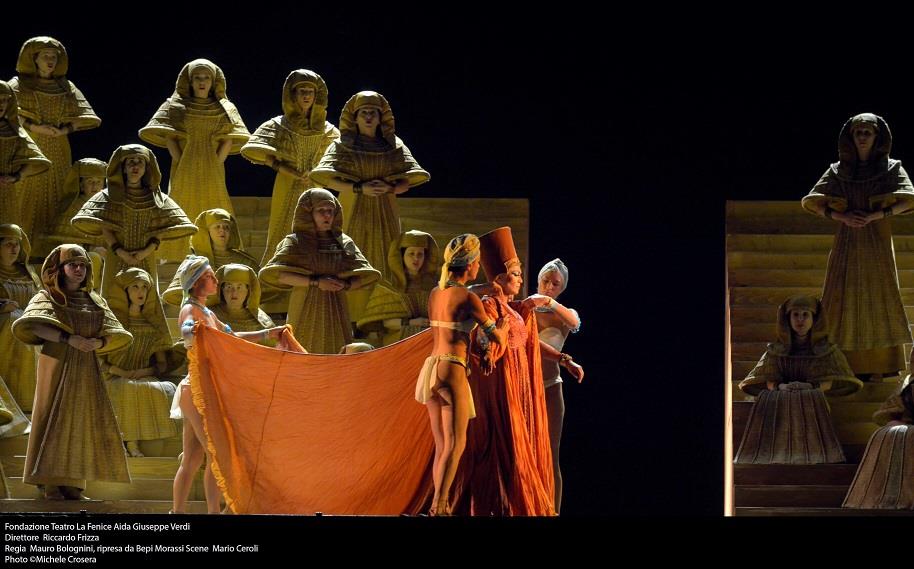 Best of all was Irene Roberts as Amneris. This singer’s previous roles seem mainly to be more lyrical fare, but she was totally convincing here, with an incisive but glowing tone ideal for the role. Her great Act Four scene was superb, displaying all the sadness, jealousy, anger and sexual longing that Verdi has written into this passage. Earlier, she had been a fine foil for Mantegna and Frizza in developing the rivalry between Amneria and Aida in the Egyptian palace; I would love to hear her Eboli.

In the smaller roles, Roberto Frontali was an impressive Amnasro, with a well-supported legato and plenty of fire for his duet with Aida. Riccardo Zanellato was a solid Ramfis and minor parts were securely taken. Overall, this performance was a convincing reminder that Aida is at its best in spaces where the nuances of characters’ interactions, and the sophistication of Verdi’s timbral subtleties can be easily enjoyed. No elephants required.