Trials of the First Family 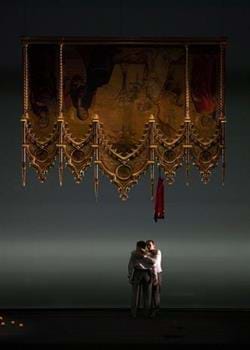 When the newly created Adam and Eve share their final duet at the end of Haydn’s Die Schöpfung, they sing with such unfeigned optimism that it becomes possible for the audience to forget, if only for a moment, what happens next; their future in a paradise free from sin, shame and ownership of property seems assured. When the same two characters appear at the beginning of Alessandro Scarlatti’s Il Primo Omicidio, which was given a high-profile new staging as the centrepiece of the Staatsoper Berlin’s annual Barocktage, they know only mourning. Yet banishment from paradise turns out to be only the beginning of their torment; by the end they will also have lost both their sons, one doomed to eternal exile, the other victim of the first murder.

Scarlatti’s trattenimento sacro is a work of two distinct halves, and the new production at the Staatsoper – a co-production with the Opéra de Paris, where it appeared earlier this year – seemed intent on highlighting that central gulf. The first part is more solemn in character and rigid in structure: each singer is given a recitative and aria in turn and, as one would expect of an oratorio, there is little emphasis on character interaction or dramatic development. While the structure is maintained in the second part, the organisation is less formal. The rapid alternation of brief arias, especially in the central section surrounding the discovery of the titular murder, and the inclusion of more duets creates something closer to an action fit for the stage. 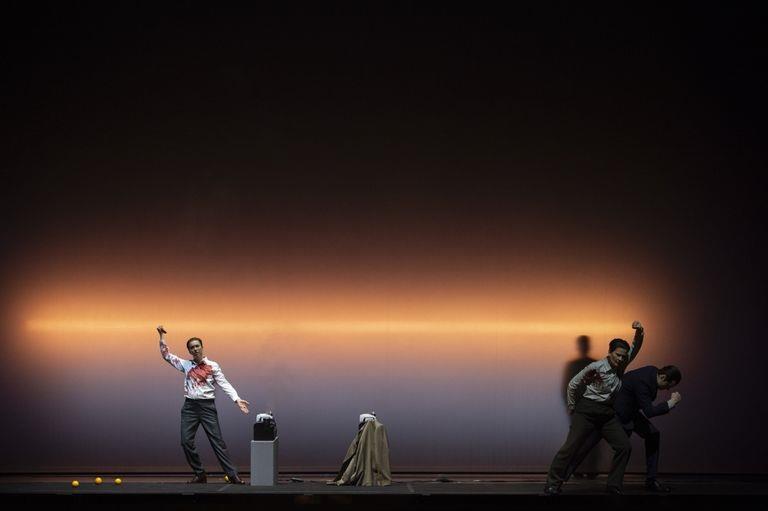 Of course Scarlatti conceived the work for a small-scale, and almost certainly unstaged private performance and if director Romeo Castellucci couldn’t quite overcome the dramatic limitations of the oratorio structure, his staging of the first half used its musical and structural austerity as the foundation for a compelling visual meditation. The singers stood close to the front of the stage in front of a thick translucent scrim and, with the exception of Eve’s first aria for which an upside-down altarpiece was lowered onto the stage, the actions were accompanied by constantly shifting light-compositions which, at their best, suggested a series of Rothko paintings come to life. The colour fields and ritualised movements of the characters offered enough visual stimulus to keep the deliberate narrative pace of the first part remarkably engaging. 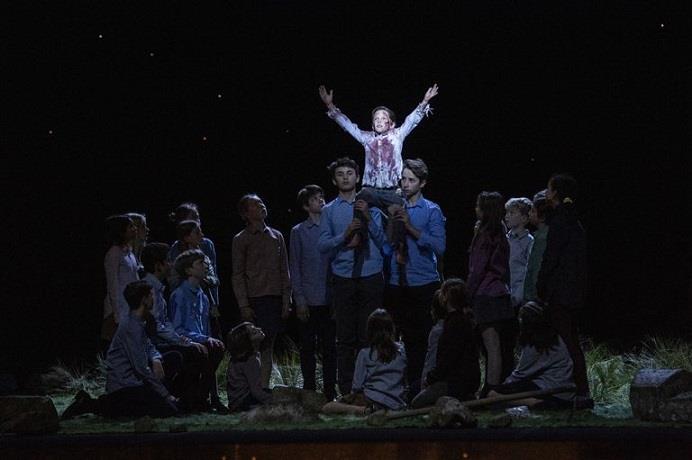 For the second part, Mr Castellucci abandoned the aesthetic concept of the first, raising the scrim to reveal a naturalistic moonlit field overhung with twinkly stars. Yet the staging soon took another left turn: Cain went off-stage to find a suitable rock with which to kill his brother, and when he returned he was doubled by an identically-dressed child actor; the remainder of the cast was soon replaced by child counterparts who mouthed along with the arias, which the singers now delivered from the orchestra pit. It was the staging’s most significant misstep. The idea of children acting out the roles of adults was neither provocative, disruptive, bewildering, nor especially interesting; it couldn’t even muster the novelty value of eight-year-olds reenacting the dialogue from R-rated movies. Instead it came across as an uninspired cop-out, a half-baked idea that thankfully didn’t misfire quite enough to derail the evening. The light paintings of the first part might not have been sufficient to sustain an entire performance, but they proved in retrospect to be the more daring component of the production.

The abstractions of the first part and the child actors of the second both had the advantage of freeing the singers from the burden of acting, allowing them to devote their full attention to Scarlatti’s ornate vocal lines. Yet if there were no real weaknesses among the cast, nearly all of the vocal performances seemed to demand a more intimate space; the inward, searching nature of the arias, especially in the first half, did not lend themselves to the kind of dramatic projection necessary to fill the Staatsoper. Olivia Vermeulen (as Abel) and Birgitte Christensen (as Eve) seemed most comfortable with the demands of the space and their appearances ranked consistently among the evening’s high points. Ms Vermeulen’s first aria in the first part was elegant in its simplicity, delivered with a pleasingly incisive tone and finely shaped notes in the mid-to-upper range; her ‘Ti risponde il ruscelletto’ in the second part was no less appealing, delivered with clarity and confidence. The character of Eve is given the work’s most mournful arias, and Ms Christensen managed to make each new lament more deeply felt than the last: the two expressions of guilt in the first part were both delivered with pious nobility, but it was the heartbroken ‘Madre tenera, et amante’ of the second part that conveyed most palpably her sense of loss. 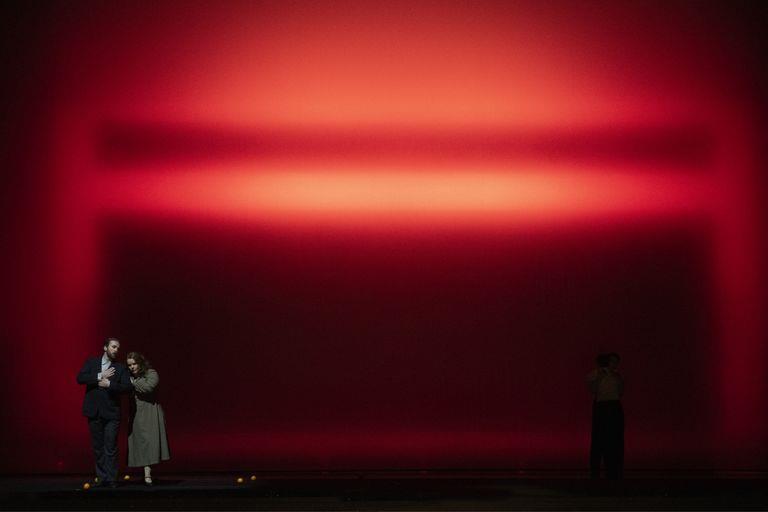 Thomas Walker’s Adam opened the opera with ‘Mi balena ancor sul ciglio,’ which incorporated impressive ornamentation into an agitated lament for a lost paradise. In his second aria, both the subtleties of his delivery and the captivating tone of his high tenor were somewhat lost in the hall; yet his appearances in the final scenes of the second part, especially the joyous final duet with Eve, were wonderfully rendered. In the role of Cain, Kristina Hammarström seemed oddly subdued in the first part: her recitatives possessed a greater sense of heightened emotion, but the arias were oddly reserved. She nonetheless developed into a dominant force during the early scenes of the second part, building steadily to a confrontation with the voice of God that culminated in the highly charged ‘Bramo insieme, e morte, e vita’ that gave equal weight to the melodic and the dramatic. Arttu Kataja was a spirited Lucifer who relished the rhythmic fury of ‘Nel poter il Nume imita’ and countertenor Benno Schachtner had several notable appearances as the voice of God, including two excellent arias (‘Come mostro spaventevole’ and ‘Vuò il castigo’) during the punishment of Cain.

René Jacobs, whose 1998 recording with Berlin’s Akademie für Alte Musik almost certainly provided many listeners with their introduction to Il Primo Omicidio, directed period instrument ensemble B’Rock with an undimmed affection for the score. Apart from the sprightly opening Sinfonia and the exertions of Adam’s first aria, he cast a mood of solemn reverence over the first part while maintaining a pace that did not belabour the rigid structure. In the second part, however, his sense of dramatic momentum came to the fore and, in the spirited central section, it became possible to forget that the work had not not been conceived for the stage. If the best moments of Mr Castellucci’s staging had provided a meditative accompaniment to the music, it was Mr Jacobs who ultimately made the more convincing argument for the theatrical potential of Scarlatti’s sacred entertainment.