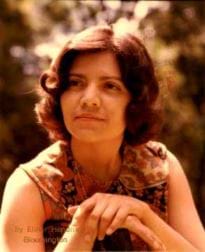 A native New Mexican, Margaret M. Barela began piano study at age 5 while a student at St. Mary’s School in Albuquerque. She began violin study soon after. She continued her piano study with George Robert at the University of New Mexico and also studied violin there with Yoko Hayashi and Henri Bittar. During those years she was organist in Albuquerque Catholic churches. Dr. Barela graduated from the University of New Mexico with a B.M. magna cum laude in 1969. She continued her studies at Indiana University&nbsp; School of Music. At Indiana, she was a student of Menahem Pressler and Alfonso Montecino, graduating with an M.M. with Highest Distinction in&nbsp; 1970 and a D.M.A. with high distinction in 1977. While still a student at Indiana, Dr. Barela was an Associate Instructor of Piano and Music Theory.

Dr. Barela began an active career as a pianist, performing Gershwin’s Rhapsody in Blue with Arthur Fiedler and the Sioux City Symphony and a Mozart Concerto with the Lansing Chamber Orchestra conducted by Attila Farkas. She performed piano solo recitals at important music centers, colleges and universities throughout the United States, including the American Conservatory of Music, University of Oklahoma, Huntington College, Louisiana State University, University of Southern Mississippi, Roosevelt University, Jacksonville University, Mississippi Art Museum, and the New York Public Library at Lincoln Center. She was also active in chamber music, performing in ensembles with the Little Orchestra of Chicago, the International Double Reed Society, the Williams Trio, and collaborating with violinist Dylana Jenson and cellist Douglas Moore. An advocate of contemporary music, Dr. Barela performed in contemporary music festivals at Texas Tech University, University of Kansas, Florida State University, and Tulane University, and she played annual concerts as a piano soloist in Albuquerque, Santa Fe, Taos, and other venues in her home state.

Along with her performing, Dr. Barela branched out into teaching, arts writing and music criticism. In 1980, she received an ASCAP-Deems Taylor Award for excellence and its contribution to the field of music for her article, “Motion in Musical Time and Rhythm” which appeared in the Spring, 1979 issue of College Music Symposium. She also served as a faculty member at Florida State University, University of Kansas, Texas Tech University, Morningside College, Tulane University, and Williams College.

In July, 2006 Dr. Barela presented a lecture titled “From a Critic’s Viewpoint” at the Chautauqua School of Music. Dr. Barela’s articles and reviews were published in national and international arts magazines and journals, including Americas, American Record Guide, Chamber Music, Musical America, Clavier, International Piano, Opera News,
and Mundoclasico.com. She was a guest editor of two issues of College Music Symposium and edited Jonathan Kramer’s The Time of Music: New Meanings, New Temporalities, New Listening Strategies (New York: Schirmer Books, 1988). She also reviewed books and music for the Albuquerque Journal and the Albuquerque Tribune, where she was a respected critic of performances at the Santa Fe Opera and the National Hispanic Cultural Center’s Roy E. Disney Center for Performing Arts in Albuquerque.

She was a member of the Music Critics Association of North America, the College Music Society, the Music Teachers National Association, the International Society for the Study of Time, and she served as a grant review panelist for the National Endowment for the Arts. Along with her ASCAP-Deems Taylor award, she was elected to the Pi Kappa Lambda National Music Honorary Society and the Mortar Board National Women’s Honorary Society. She was listed in Musician’s Directory and International Who’s Who in Music.

She died January 2, 2009 in Albuquerque, New Mexico, after a six-year battle against ovarian cancer. She was 62 years old.

Among her many music reviews and articles, here are a few that are available online: