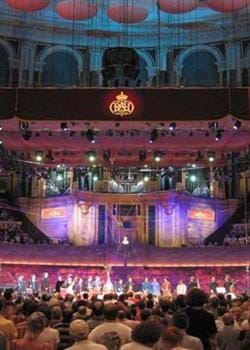 The Hall requires urgent public support to generate more than £20m to weather the COVID-19 storm and fulfil purpose of promoting arts and sciences for future generations.

Despite Government references to the Royal Albert Hall as a “crown jewel” that must be saved, it cannot apply for any emergency grants within the £1.57bn arts and heritage sector rescue package.

To coincide with the Royal Albert Hall giving evidence to the DCMS Select Committee on the viability of performance venues to open adhering to social distancing rules, the Hall is launching a plea for public donations to help ensure its survival.

When the COVID-19 pandemic forced the Hall to close its doors on 17 March 2020, the Hall lost 96% of its income overnight. In the six months since then, it has forgone £18m in income, had to refund over £6.5m of ticket sales, exhausted its reserves and cancelled all but the most critical building projects.

Despite recent fanfare regarding the Government’s £1.57bn rescue package for the arts sector, the Hall is not eligible for an emergency grant, but has instead been advised to apply for a loan, which, if successful, it will receive in December, nine months after its ability to generate income was abruptly cut off.

Six months on from enforced closure, and circa £18m down in lost income, we are not eligible for any of the Government’s emergency grants. This leaves us in an extremely perilous position, with no way of replacing our lost income, apart from a government loan which may or may not materialise.

“We raised concerns months ago about the potential for independent, unfunded organisations such as the Royal Albert Hall to miss out on government support, and especially having been held up by Government as a ‘crown jewel’ that must be saved. With millions of pounds of essential building work called to a halt owing to COVID we had hoped to be eligible for a capital grant but have been informed that, as we are not a portfolio of nationally spread sites, we are not eligible for this scheme.

“We are fortunate to have supportive members and private donors who have given generously, but unfortunately, the ‘Rescue Package’ fanfare has given many potential donors the false sense that we are being sufficiently supported elsewhere. The Royal Albert Hall now faces a bleak future unless it can secure not only a repayable Government loan, but also urgent donations to plug our current £20m shortfall.

The Hall relies on revenue from events; annual contributions from seatholders; and donations from organisations and members of the public. Ordinarily, it would expect to make approximately £6m surplus each year, all of which is invested into the Grade I-listed building and into an award-winning education and outreach programme that changes lives through music for all, regardless of age or background.

The Royal Albert Hall is approaching its 150th anniversary in 2021 and invites anyone who is able, and who has treasured memories or a shared belief in the power of music to change lives, to consider donating to support it through this difficult time.